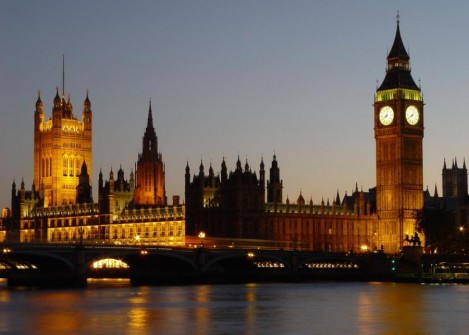 One of London's most famous landmarks.

The Houses of Parliament and Elizabeth Tower, commonly called Big Ben, are among London's most iconic landmarks. Technically, Big Ben is the name given to the massive bell inside t...Read more »

You can get a really nice pictures with this tower. If you are coming to London for a first time I think it is the main place you visit. Short walking distance to Trafalgar Square....Read more »

An iconic building that says so much about London

This beautifully designed Gothic architecture is another must to see in London of course. Nobody should ever miss it. Not only is it grand and captivating, the fact that it has so ...Read more »

The symbol of London

As we walked along the river Thames, I felt like I could picture the English Lords shuffling in to Parliment. Seeing Parliment and Big Ben from the outside is among my personal "7 ...Read more »

You have to see Big Ben if you are in London, and also by the way the bell is called Big Ben not the clock! It is fantastic to see and to hear! And fortunately it rings often so yo...Read more »

Big Ben is one of London's most famous landmarks

The Clock Tower of the Palace of Westminster, commonly known as the Big Ben, is one of London´s most famous landmarks. The name Big Ben actually refers to the clock´s hour bell, t...Read more »