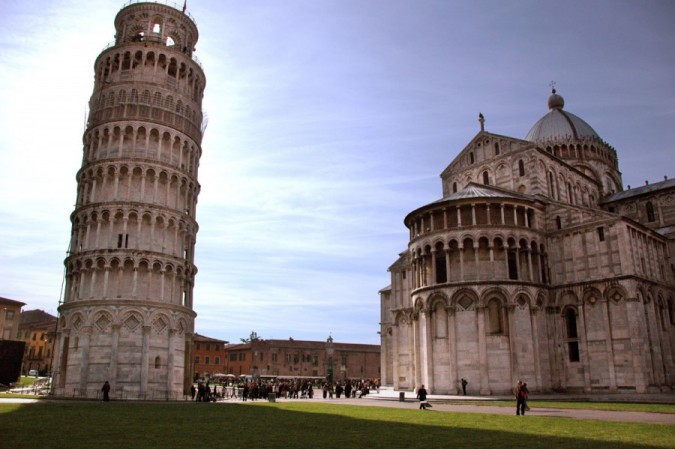 Just mentioning the word ‘Pisa’ means that most people begin to think of it as a reference to the Leaning Tower but the fact is that the city has much more to offer than this architectural Wonder of the world. The city is located in the beautiful part of countryside western Tuscany. The city is truly historical and became inhabited nearly 3,000 years ago. The city is literally crammed with magnificent historical buildings and some them date back to many centuries. The most famous area of Pisa is called the ‘Field of Miracles’ and is full of remarkable buildings that blend in various forms of Gothic, Moorish and Romanesque architectural trait.

One feature that is immediately recognizable is the presence of a large number of students. As a result, all-night parties and cultural shows are carried out throughout the year and sometimes they spill on to the central street. It has the famous University of Pisa which sees graduates from all over Europe visit it, although they don’t permanently live here. The city’s native population is very small and most of the people are either the tourists or the students. There is the famous city centre that is ideal for wandering about in alleys that still retain their medieval aura. There is the little known piazza, which not many people know about but is sure to surprise you!