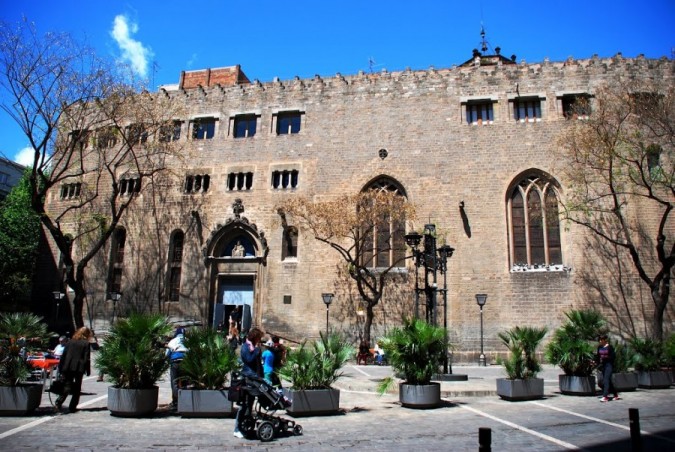 Many of Barcelona’s squares in Ciutat Vella contain astonishing Romanesque landmarks. Time seems to have stood still in the heart of the neighbourhood of Sant Pere, where the church of the ancient convent of Sant Pere de les Puelles still stands. A history dating back centuries marked by renovations which haven’t taken away any of the charm of the original building.

The history of the ancient monastery of Sant Pere de Puelles dates back to 945 AD, the year of its consecration. At that time, it became Barcelona’s first convent of Benedictine nuns. Throughout its history, Sant Pere de les Puelles has experienced many changes in fortune that have transformed the Romanesque building, which was built outside the city walls. The attacks by Arab troops, fires, and the expulsion of its religious community in the 19th century sealed its fate and the nuns moved to a new, permanent site in Sarrià-Sant Gervasi in 1879.

The church has been remodelled and undergone successive changes, and now, all that remains of the original monastery – where the nuns, most of whom were the daughters of the city’s noble families, once lived – is a heavily restored Romanesque church which preserves some relics of the original one. They can be seen in the chapel of the Holy Sacrament. Only one of the two original bell towers survives. It is octagonal in shape and has six bells which can be heard pealing throughout the neighbourhood. The Plaça de Sant Pere of Barcelona, with the imposing presence of the ancient monastery, is one of the most charming spots in the old town, the Ciutat Vella neighbourhood.