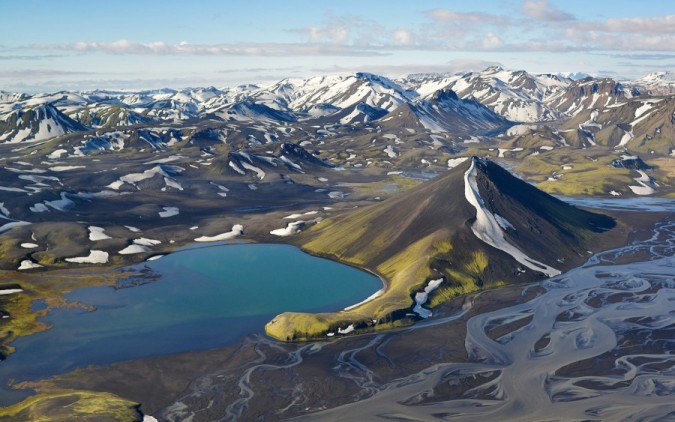 Iceland is not only closer than you think, but far different than you ever imagined. Where else can you witness such marvels of Mother Nature as a tremendous icecap and several glaciers, spouting geysers and steaming solfataras, volcanoes (hopefully dormant), raging rivers and magnificent waterfalls, a multitude of birds, cavorting whales just offshore and many other surprises.

Summers are surprisingly warm and winters not as cold as you might expect. Regardless of when you visit, be assured that the warmth shown by Icelanders, their desire to share their culture and the efforts made to make your stay as pleasant as possible will, like the spectacular landscape, never be forgotten. Looking for a holiday or vacation in Europe? - Visit Iceland.

Iceland Discoveries
Iceland means new and different things for you to see and do, whatever the season. Every part of the year has its own special attractions, character and charm. And don´t let the name deceive you - Iceland can be very warm in summer when the sun shines virtually round the clock, while January temperatures are around 0°C.

Natural Wonders
Much of Iceland is still taking shape before your very eyes — raw, dramatic landscapes born from volcanic eruptions and carved out by glaciers.

Culture and Heritage
Icelanders are proud that they still speak the ancient language of the vikings, but they certainly don´t just live in the past.

On your own
Travellers visit Iceland today for exactly the same reasons that motivated the Vikings who discovered the place in the ninth century - the love of freedom.

The "Cool" Iceland
Iceland is so close to Europe that you can just go there on whim for a quick change of scene and scenery. With regular flights from many European gateways, you can be there in less than three hours for a long weekend or even for a long day trip.

Björk
Mention Iceland to most people these days and the first thought that springs to mind is surely the haunting, beautiful and original voice of singer, songwriter and artist Björk.

Quality food
With its pristine nature, clean water and pollution-free atmosphere, Iceland in not just a place to feast your eyes on. This fresh and refreshing environment also produces quality food that is the ultimate in good taste.

Smart shopping
Shopping is something af a national pastime in Iceland and eagerly shared with its visitors. While the general price level is similar to the other Nordic countries, "smart" cosmopolitan buyers will love Iceland for its particularly competitive fashionwear and designer labels.

Regular events
Whatever time of year you’re in Iceland, there’ll be something going on that will take your fancy.