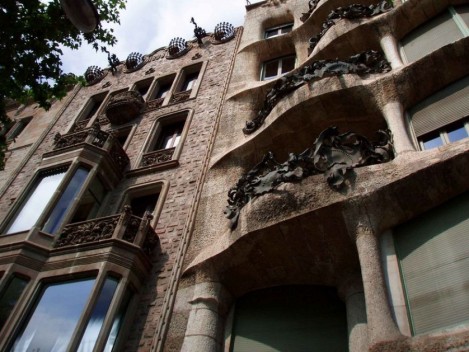 When you first walk by La Pedrera your eyes take a double take as if your vision is not clear. The stone seems to flow from one end of the structure to another. A simply amazin...Read more »

Casa Milà, commonly known as La Pedrera is the largest civil building designed by Antoni Gaudi. The apartment block was constructed between 1906 and 1910. It was Gaudi´s last work ...Read more »

La Pedrera is one of Barcelona´s best atractions!

You can´t claim to have seen Barcelona without taking an up-close look at Gaudi´s work. From the outside, I wasn´t very impressed by Casa Mila/ La Pedrera -- it seemed almost grote...Read more »