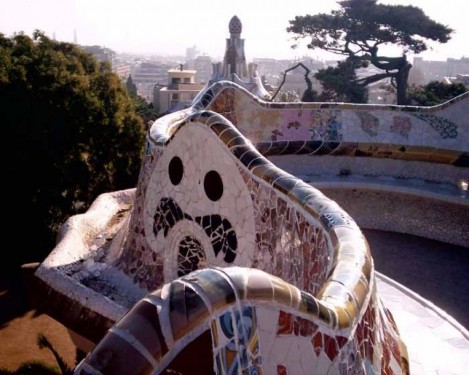 It wasn't easy for us to get to this park, as it's not near the main tourist attractions in the city center, but it's well worth the visit! And it's free, which is quite a relief f...Read more »

This visit was a highlight of our break. The park is very varied in it's exhibits. It is busy which can be frustrating if you are trying to take photos but the Gaudi creations were...Read more »

A must see while in Barcalona

We were staying at the end of the road where the Guell palace is and had walked past it many times before we realised what a gem we had on our door stap. You must go inside to wi...Read more »

Park Güell is a romantic place!

Count Eusebi Güell was a prominent industrialist in Barcelona and he decided to build a garden city with 60 houses on a hill called Montaña Pelada (Bare Mountain). The venture was ...Read more »

Gaudí´s brief for the design of what became Park Güell was to emulate the English garden cities so admired by his patron Eusebi Güell: to lay out a self-contained suburb for the we...Read more »

Guëll Park is one of the world's most intriguing parks

Guëll Park is one of the world´s most intriguing parks. The pavilions and main staircase designed by Antoni Gaudí look like they belong in some fairy tale. This popular park start...Read more »